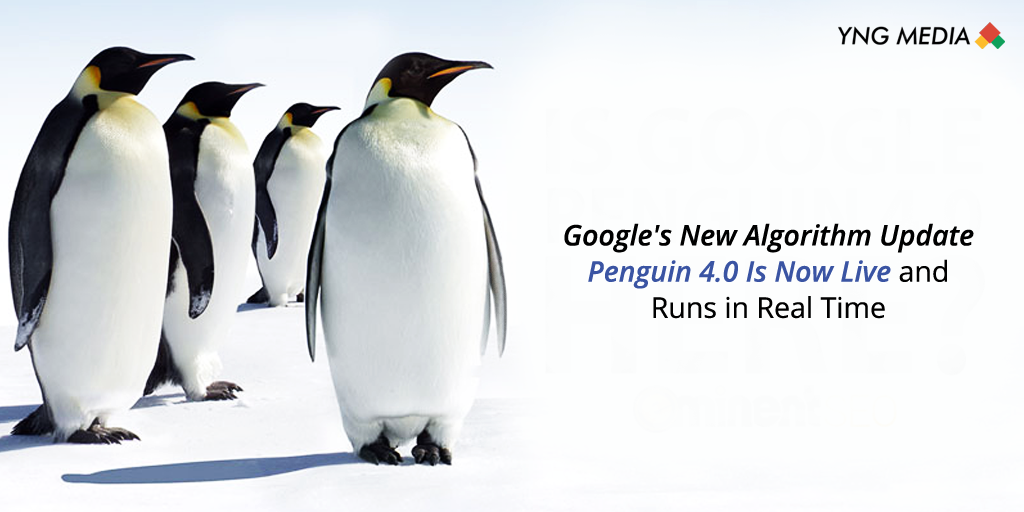 After a long wait of almost two years, Google has now officially confirmed that rolling out of Penguin 4.0 real-time algorithm has started. Google started testing Penguin 4.0 from 22 September but didn’t confirm anything initially. On 23 September, it confirmed that the search engine is live with Penguin 4.0.

This is the fourth and the last release of this type, as Google has announced that Penguin is a real-time signal that the search engine has processed within its core search algorithm.

By real time, Google means that the signals it gets while re-crawling and re-indexing the pages will be immediately used in the Penguin algorithm to catch or free. This process will be a regular part of Penguin. It will enable the marketers to see the changes much faster.

This is a filter Google has designed to track the sites that spam Google’s search results in ways that regular spamming systems cannot detect. The first Penguin update was introduced in 2012 that continued to operate on a periodic basis.

The filter will catch the sites that the search engine considers spammy and the detected sites will remain penalized even after improving and changing the content. The sites will again be analyzed only when the filter runs next time that might take months.

The sites that got penalized during the Penguin 3.0 in October 2014 had to wait for nearly two years to get free from the penalty.

Google also confirmed that the new algorithm update is more page-specific, which the search engine has termed as ‘more granular’. By this, it means that now Penguin devalues spam by adjusting ranking on the basis of spam signals, instead of affecting the ranking of the complete site.

Earlier, it was a sitewide penalty that used to affect the ranking of a complete website.

Google also said that in future it will not confirm any Penguin update. Since it is a constant process, Google doesn’t find any sense in confirming it with every rollout.