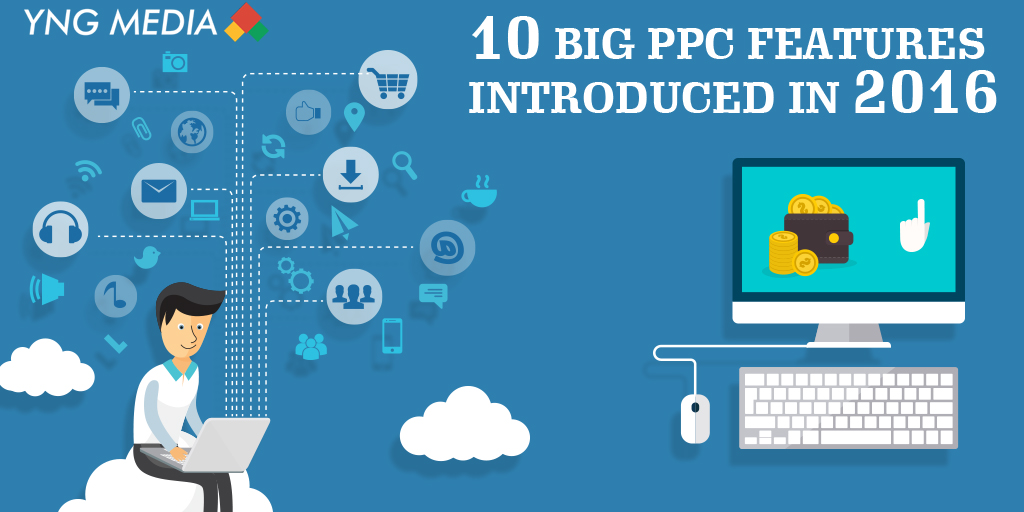 For the digital market, the year has been full of surprises and some big changes. Be it the introduction of Expanded Texts Ads (ETA) or Google Penguin update after almost 2 years, 2016 gave many shocks to the digital marketers. Along with some unexpected changes, 2016 will also be remembered for some amazing and new PPC features introduced by both the Google AdWords and Bing Ads platforms.

These are the top 10 PPC features introduced in 2016 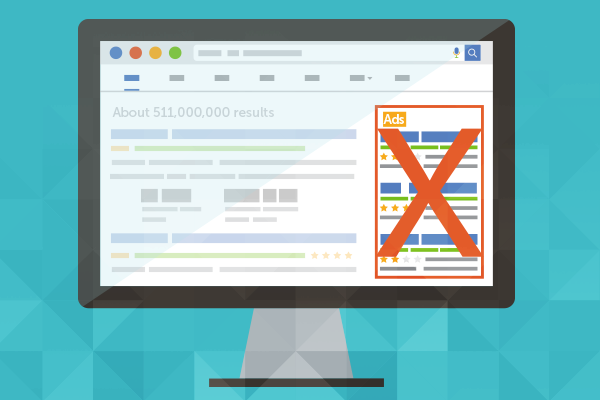 Google took off right-side text ads in February to make SERPs more aligned with Google’s mobile experience. Though this huge change was a big shock for almost every PPC advertiser, later they realized the importance of the move. Advertisers noticed an increase in their CPC but at the same time, their CTR also doubled with an increase in the average position.

This was a treat for the advertiser as they were now able to include a few more words in their ad copies to make it more impressive and attention grabbing. Expanded Text Ads was one of the biggest changes in AdWords since its inception 15 years ago.
Character limit for the new ad copies has been expanded to 60-character for headline and 80-character for the description line.

In Google Performance Summit in May, the leading search engine made many big announcements, one of which was new Local search ads. In this, Google introduced many new Maps ad formats and features to help businesses drive more foot traffic. Promoted Pins, in-store promotions, local inventory search and customizable business pages are some of the major changes that took place in local search ads.

Following the footsteps of Google, Bing Ads also came up with the idea of Expanded Text Ads. With the same character length and formatting features, ETAs on Bing are pretty much similar to Google’s expanded text ads.

Google understood the problems faced by advertisers after the introduction of enhanced campaigns in 2013 and gave them a reason to smile by bringing back device level bidding. Now you can set mobile bids, desktop bids, and tablet bids independently. 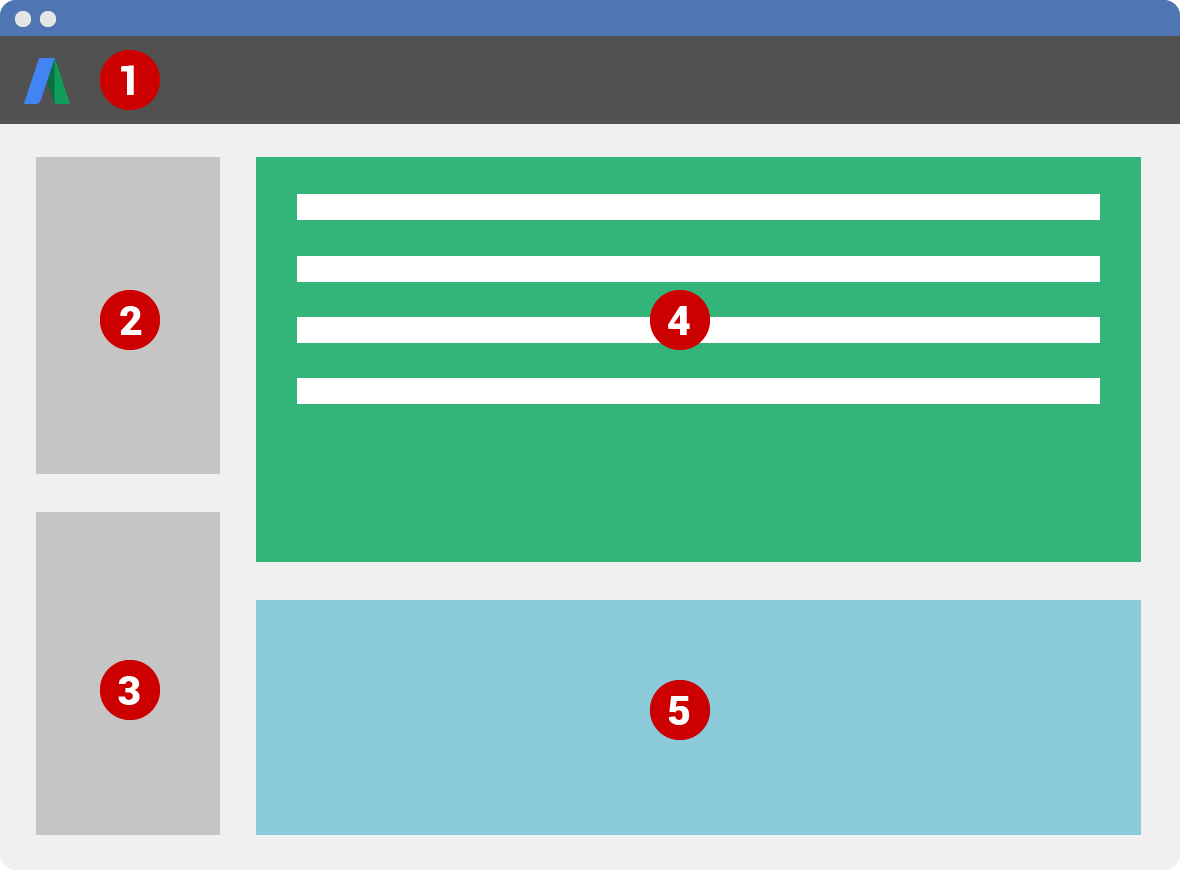 Google rolled out a new AdWords interface in August. Though it is pretty familiar to the previous one, the only difference is its sleekness. There is no change in the functionality of AdWords. The changes were cosmetic in nature and aimed at smart recognition of all the features.

To give you more control over how you target your display ad campaign, Google quietly introduced new display keyword targeting setting in October. Now you can either target the audience or the content.
Demographic targeting for search campaigns
If you had been missing age and gender demographics targeting in AdWords, Google made it possible for you now. In September, Google allowed advertisers to use demographic targeting for search campaigns. The new feature lets you check performance data of different ages and genders within ad groups. 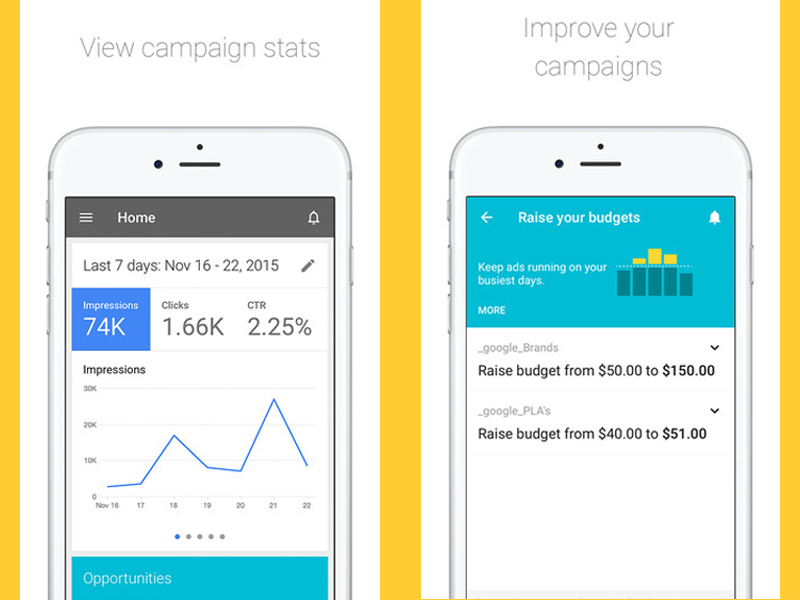 In the beginning of 2016, AdWords released a new AdWords app for iOS. The super-impressive app made campaign management and monitoring easy for the advertisers when are they are on the go. 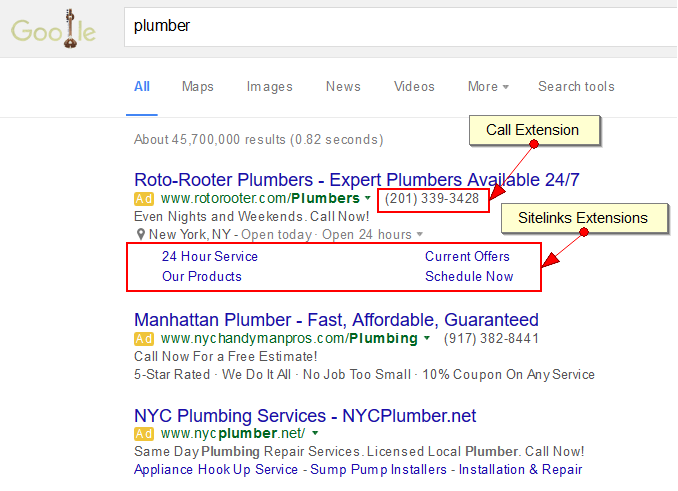 In October, AdWords announced a new type of mobile ad extension named message extensions. These allowed the users to get in touch with the business directly by simply tapping to start texting from the search results. On the other hand, advertisers were allowed to write a pre-written text message for a strike a conversation with the interested users.
The year was full of new things. Stay tuned to know what 2017 has in its hidden basket for the businesses, advertisers, and digital marketing companies.

Best performance marketing agency in Noida? Snapdeal Case Study – Marketing Case Study of an E-Commerce Brand We got featured as the best digital marketing agency in Delhi on the agency network. Content Marketing: Benefits of Consistent & High-quality Instagram Marketing Tips to Improve Your Business Outreach The best place to get more conversions and boost online presence Social Media Marketing – The Top questions to ask before hiring an agency. On-page SEO vs Off-page SEO – YNG Media Top 6 SEO Services Hacks to Improve Ranking on Google. Use These 6 Email Marketing Tools To Grow Your Business In 2021
Contact Us
Jobs | About Us | Blog | Event Gallery     © 2023 YNG Media.
Call Us
Contact Us
Whatsapp